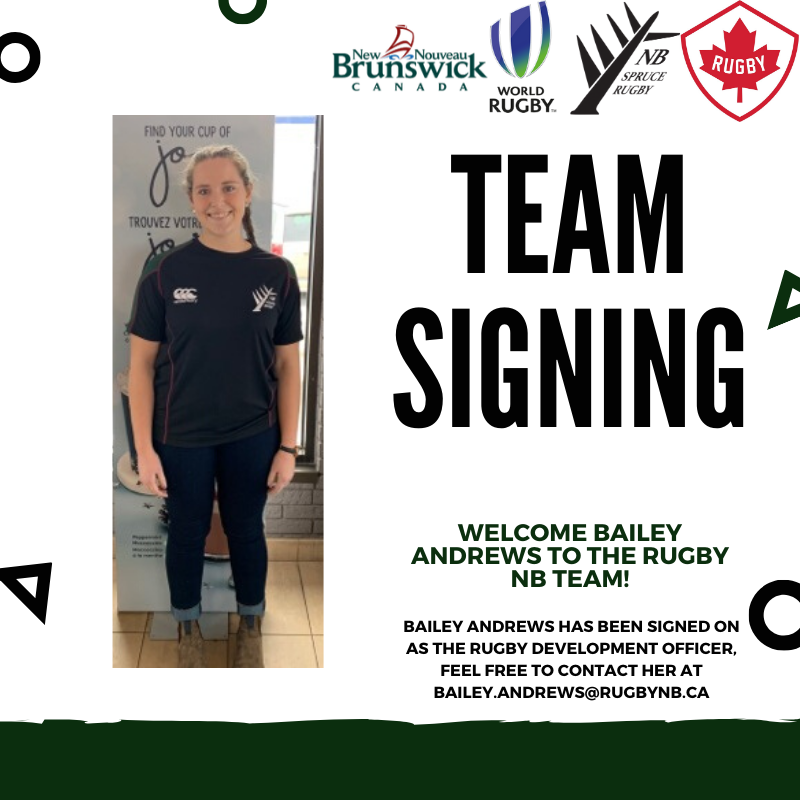 NBRU is excited to announce the addition of Bailey Andrews as the Rugby Development Officer!

Bailey is originally from Charlottetown, PEI where she competed in High School and Provincially. Since moving to NB for post-secondary school at both STU and UNB she has represented the Province with the NB Spruce Senior Women’s Team and competed with both Universities.

Over the past several years Bailey has had numerous coaching roles within several programs in rugby and soccer.

On joining NBRU Bailey had the following to say:
“I'm excited to start in the endeavour of growing rugby in the Province. Rugby has given me many opportunities and I’m looking forward to creating opportunities for others in New Brunswick.”

Curtis Lauzon, NBRU Technical Director, on the appointment:
“Bailey brings an in-depth knowledge of pathways and entry-points within our sport in the region. She has a track record in successfully developing programs, as seen in the Fredericton Middle School, and will be an asset for grassroots development across the province.”

Bailey has official started her role today, feel free to send her a note at Bailey.andrews@rugbynb.ca