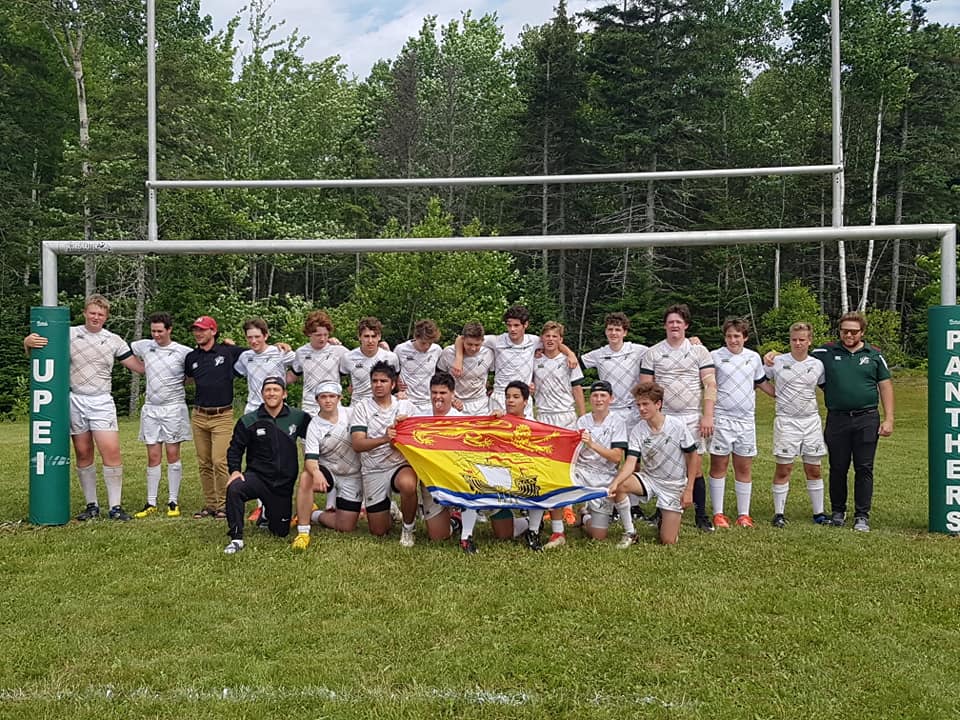 U16 women had two great matches that resulted in a 15-0 win over Nova Scotia! Their second game was a powerful victory as well with a 59-5 win over PEI. Great start for those girls!

U16 Men had a rough start to the tournament resulting in losses to both Nova Scotia and PEI but will look to rebound tomorrow!

U18 Women had a fantastic start to the tournament with a crushing 77-0 win over Newfoundland! The following game was a close win on 29-26 over PEI!

U18 Men had a rocky start to the tournament with a loss in the first game against PEI but managed to rally in the second half to show promise for the next games! The men fell to Newfoundland after a hard-fought game but will look to turn things around going into day 2!

U16 women had another great day coming out with 2 victories and will play in the gold medal final tomorrow at 1 pm!

U16 men, unfortunately, came up short in both games today but showed great effort and are looking to be a force in their final game of the tournament!

U18 women fell just short to both Nova Scotia teams today but will look to rally tomorrow in the semi-final in which the winner advances to the final game!

U18 men had two tough fought losses today showing strength in their defense and ability to play from behind. They will compete for the bronze medal game tomorrow!

U16 Women: In their last game the girls put up a great effort against Nova Scotia that went into overtime but unfortunately lost in the last minutes.  Resulting in a silver medal for them! Great job team!

U16 Men: These men gathered their strength in the bronze medal game and put some points on the board but lost in a very close battle.

U18 Women: In their gold medal game there were some unfortunate injuries and uncontrollable factors that lead to their loss against Nova Scotia. Putting up a tough fight but falling short in the second half. Silver medals were given out to this tough group of girls!

U18 men: Their final game was a bronze medal match against the Newfoundland Rock. The men played the best game yet this weekend and almost beat the rock with their strong tough play!

Congratulations to the women’s teams on your medals! On to The Eastern Championships in Kingston in August for all these squads! Best of luck in training to all teams leading up to Easterns!